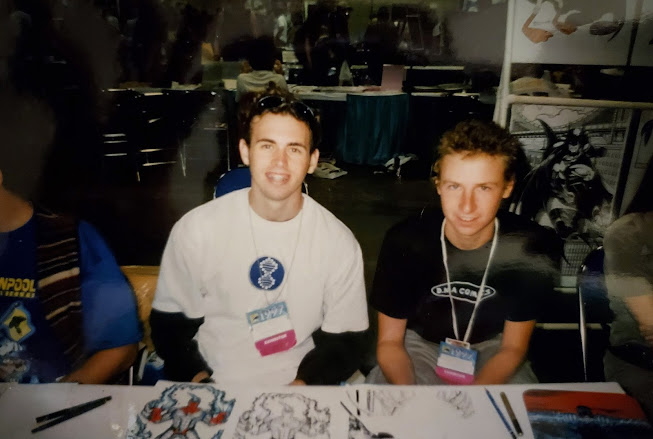 Welcome to my new website davidbaron.co. Yup, you guessed it, dot com was taken, and they wanted way too much money from me to obtain it. Maybe someone will gift it to me for my birthday (July 8 — hint hint!).

First, I want to give a big shoutout to Ean at dukeventure.co for all the help getting this site up and running. If you love it, I did most of it. If you hate it, send those complaints to him. I’m too fragile to read them. But without jest, thank you, Ean, for putting up with my demands and making this site look amazing.

I wanted to take this opportunity of my first blog post to give a bit of background to my career. To tell you how I started, where I began, even why I started this crazy 27-year journey in the comics industry. My call to adventure, you can say.

Way back in the summer of 1991, a neighbor of mine, Chris Lyons, took me to my very first comic book store. I purchased a new book, sealed in a polybag, with a large man in giant shoulder pads on the cover. The book was X-Force number one. And that book changed my life.

Until then, I thought I would be one of two things when I grew up. I was either going to be a G.I.Joe (technically my first comic purchased at a grocery store), or I would be a WWF Superstar (now called WWE).  I trained for them both as best as any 10-year old could.

But after that trip with Chris, I was hooked on comics.

That fall, I entered the 6th grade and shared my newfound obsession with my best friend Nic Jenkins (Pictured Above). He and I found a local comic shop called Debbie’s Gallery, a Mom & Pop shop, and we gave them all our money. We even worked at the comic shop, putting flyers on car windows and nearby shopping plazas in trade for books. It was the best gig any middle schooler could wish for.

The following summer, we discovered a San Diego Comic-Con (their first year being held at its current location). Forget Disneyland; this convention had everything I could ever dream of (at least age 11). It had comics, more comics, toys, free swag, writers and artists to meet, and most importantly, portfolio reviews!

See, that was my threshold, the beginning of my transformation from G.I.JOE/WWF Superstar to Comic Book Creator.

A few years later, while I was in the eighth grade, I made a bold choice. I got a portfolio together and entered the lion’s den to see if I had what it takes to be a comic industry member.

Nor did I have what it took the following year. In fact, this year, my portfolio was torn to shreds (almost literally). All of my best pieces were challenged as ripoffs of others’ work. So, needless to say, I didn’t get any job offers that year.

But the year after that, that was the year I got my first shot at becoming a comic book creator. It was the summer before my sophomore year of high school, and I was back at SDCC.  This opportunity came in the form of a business card. It was given to me by a wonderful woman named Betty Vorhies (who worked at WildStorm Productions on the business end and was at the time, Jim Lee’s Mother-in-law).

When I got home after the show, I couldn’t believe it. I was thrilled to have this business card in my grasp, and I was just waiting (and trying to find my nerve) for the perfect amount of time after the convention to call.

Turns out the perfect time to call was just one week after the show. It was my first business phone call ever, and it’s to WildStorm Productions, the home of the biggest comic book creators of that era.

I dial the number, each ring feeling like a day, then someone answers. I tell them who I am, how I got the number, and that I was told to call to speak to someone about a potential job. They could tell by my voice, and probably my nerves, that I was young. I was placed on hold, again, something that felt like forever.

Nicole Hunting, WildStorm’s HR, and a future friend picked up the other end. She asked me many questions, all answered with careful and calculated responses not to blow this opportunity.

I was told that WS didn’t hire people under 18 (I was 15). But since I received the business card in the first place, she thought my story had to be legit. She ended up giving me a different number to try. The number was to a company that did hire child labor (thankfully), InColor.

InColor was a coloring house owned by WildStorm head John Nee and his sister Clydene Nee. (Look them both up! Both had made a significant impact on the comic book industry.)

I was interviewed Clydene, and she saw something in me that only I ever did. A hard-working, eager to learn the craft, and a hidden talent waiting to burst out. She hired me that day and was my first supporter of the comic book industry. I will never forget that. In fact, it is her teachings on how to treat people, especially new creators, that I model my life on today.

And that is how I started this crazy adventure—all at the age of 15.

There is a lot more from that day to today, but it’s a blog post (a long one, sorry), not a novel.

Future blog posts will include stories of the past, new projects, video tutorials on creating comics (everything from writing to lettering to being published), events, and adventures.

Be sure to sign up for the monthly newsletter to not miss anything that is “David Baron.” And if you are really into it, join my fan club and receive monthly swag that includes signed books, stickers, original art, and more! 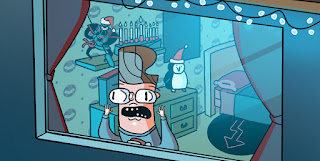 Many years ago, during Phoenix Comic-con met the insanely talented and the very phunny, Elisa Wikey. My friend and fellow comic book creator, John Layman, wanted me to pal around with him before the show started, to look around and say hello to fellow peers. And one of those stops was at Elisa Wikey’s booth. Standing behind an artist-alley table, covered in a bright yellow table cloth, Elisa showed off her fantastic work. This particular year, her work consisted of different versions of the beloved character Ron Swanson. One of my wife’s favorite characters from the TV show Parks & Rec. As I listen to John and Elisa talk, I perused through her work, touching almost everything on her table (Something that Covid-19 will put a stop to for a bit). I was fascinated and enamored by the creativity of Elisa’s work. Every picture had put a smile on my face. It is just a joy to look at. Later in the show, I went back and bought my wife an anniversary gift of Ron Swanson as Lord Darth Vader (
Read more 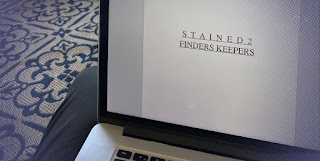 As I sit at Mulligan’s Family Fun Park , a wonderland of mini-golf, go-carts, video games, and candy, I can’t help but think about new beginnings. I’m masked up at a picnic bench while my son and his best friend are off playing mini-golf, and I, like most freelancers, am spending my weekend working. But work nowadays isn’t for some big company ( I love you, DC, if you are reading this, never let me go! ) but rather for myself. Again, new beginnings. I started on the path of writing comics a long time ago when I would spend almost all my time with my best friend, Nic. We would walk from his house to the comic book store (at this time, our shop was Emerald City Comics. A store that overtook Debby’s Gallery in our area.) On the way back, we would talk about the comics we bought, what superheroes we would want to be, and because of our age, which ones we would go out on a date with if we could (Rogue from X-Men). But as most of you know, writing comics wasn’t something I did until recently
Read more